Jeff Stark’s site works emphasize the significance and spectacle of collective experience. His diverse projects range from secret dinners to full-scale theatrical productions that make sometimes unauthorized use of public and private spaces.

He writes and directs plays, makes short films, prints, and books, and organizes large groups of artists. His projects are collaborative and often self-produced. He has worked with Todd Chandler on the large-scale installation Empire Drive-In, and with several artist groups and collectives, including the Miss Rockaway Armada, Swimming Cities, Madagascar Institute, Rubulad, and Flux Factory.

His work has been covered by the New York Times, the Wall Street Journal, and News Hour, as well as by international media organizations like ARD Germany, the BBC, and NHK in Japan. His 2017 project Up at Noon was funded by the National Endowment for the Arts.

Jeff Stark is also the editor of the long-running Nonsense NYC, a weekly email list for independent art and Do-It-Yourself events. The New York Times said it delivers “an unending sense of people thinking big — extravagantly, even — and all for nothing.” “Thanks to him,” said New York magazine, “what might be a series of unrelated events feels like a movement.”

He teaches art and design at NYU and Parsons. 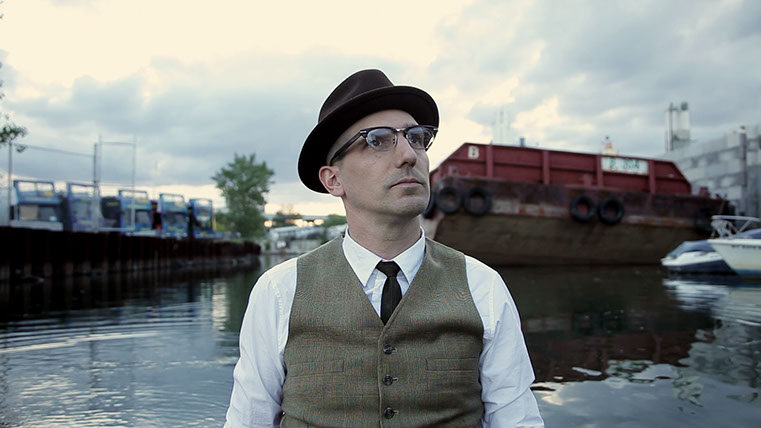 Making Art in Public, at Kickstarter, 2015

On The Dreary Coast

New York Times. A River to Hell, Reeking but Rhapsodic, by Alexis Soloski, 2014.

Hyperallergic. A Drive-In Theater Built From Our Empire of Trash, by Allison Meier, 2013.

Reporting the Arts II: News Coverage of Arts and Culture in America. Below the Radar: Covering the Arts Underground, by Douglas Wolk, 2004.

On the Sweet Cheat

On IRT: A Tragedy in Three Stations

NY Times. In the Subway, Moving Theater, in More Ways Than One, by Vincent M. Mallozzi, 2009.

On Miss Rockaway Armada and the rafts

Art Lies. Extraordinary Gestures: The Perfomane of Politics at the Borderland of an Absolute, by Noah Simblist, 2007.

The Sunday Times. The Greatest Show Unearthed, by Jasper Rees, 2010.

NY Times. At a Dumpster Diver’s Meal, Sharing the Grub, by Colin Moynihan, 2010.

On working in New York

Gothamist. Inside An Illegal Party In An Abandoned Subway Station Deep Under NYC, by John Del Signore, 2013.

Time Out New York. Street Fighters: The Architects of NYC’s Unscripted Spectacles Claim the City as Their Playground, by Dan Avery, 2007.

I live in New York City.

Built in 2016. Designed with Sabon, Tablet Gothic, and the homemade Gothic Transfer. Color swatches by Risograph. Hosted by Tiger Tech.

Most of the photos are by Tod Seelie. Please ask permission if you want to use them.